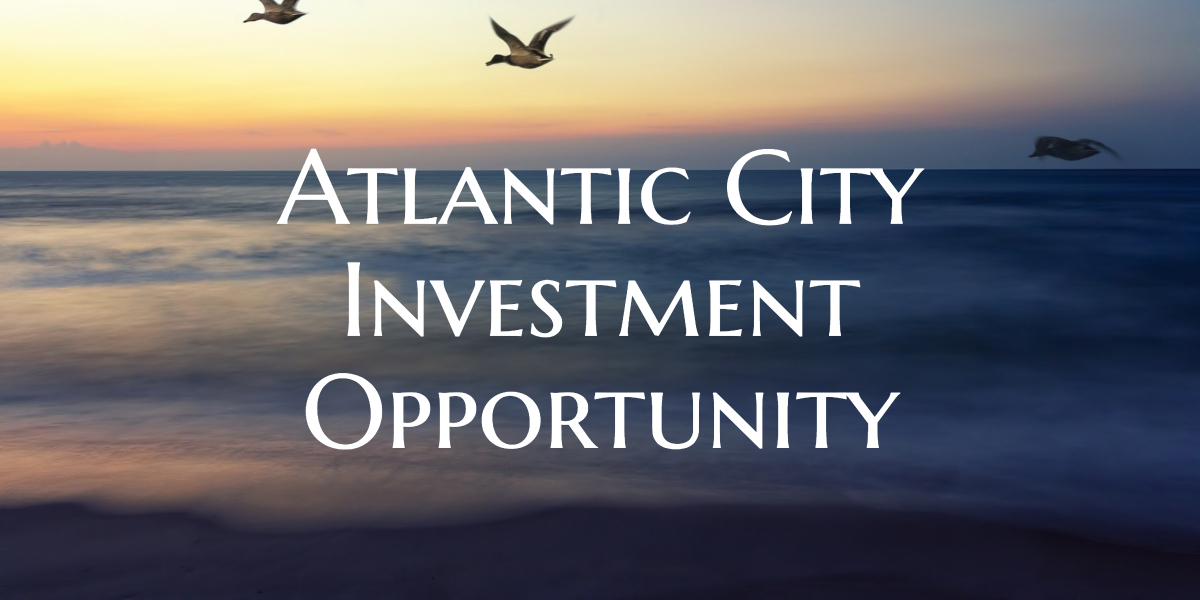 There is a lot of talk about Atlantic City these days. The opening of new casinos tends to always build the hype. ActionNews 6 has plenty of coverage on the impending openings of the Hard Rock Atlantic City and Ocean Resort Casino, Counting down to new casinos in Atlantic City.

Though after the casino meltdown, these recent re-openings have decidedly less fanfare. Steve Cuozzo has a recent New York Post article, Gambling will be the death of Atlantic City, that highlights some reason we have seen less fanfare for these new casinos.

He writes, “At first glance, the boardwalk suggests a happy upmarket playground scented by roasting peanuts and salt air. In addition to brightly lit casinos, it boasts the ocean beach, the Steel Pier with its Ferris wheel and outdoor cafes.” He then goes on to examine the difference in business models between Atlantic City and Las Vegas casinos.

He goes on to write, “While Las Vegas casinos take in two-thirds of their dough from non-gambling attractions such as restaurants, concert venues, spas and even amusement rides, Atlantic City reverses the formula.

The exception to this antiquated approach is the Borgata, which opened in 2003 not on the boardwalk but at nearby Renaissance Point in the Marina District. Conceived as a rival to Las Vegas, it boasts two thriving music venues, a 54,000 square-foot spa, high-end boutiques, restaurants run by Bobby Flay and Wolfgang Puck, and a branch of Manhattan’s Old Homestead Steakhouse. Not surprisingly, the Borgata is Atlantic City’s most successful property, making a record $290 million profit in 2017.”

Though there are a number of negatives in the article. There definitely is a cause for optimism, especially for the savvy real estate investor.

There are some surprising signs of life these days, not to mention some serious investment — from small ventures, like Longacre’s projects, to big bets like Stockton University’s new beachfront campus and this month’s opening of the $550 million Hard Rock Hotel & Casino in the old Trump Taj Mahal.

“There’s more money pouring into A.C. right now than in all of Philadelphia,” boasts development mogul Bart Blatstein. That’s likely an exaggeration, but it shows how much Blatstein — who’s scooped up a number of Atlantic City properties in recent years — is also all in.

The article then goes to show how once areas like Northern Liberties, Fishtown, and now Point Breeze became desirable addresses and real estate investments, once the areas hit a bottom.

He ends with a great thought for anyone, from real estate investors to entrepreneurs, who are looking for a potentially risky investment that could have a high upside and payoff.

When property values get low enough, neighborhoods like these are desirable and affordable to people like Longacre, who can now pick up buildings for pennies on a dollar.

You wanna open a rock club? Sure, give it a shot. You want to try to emulate Reading Terminal Market on a sketchy section of New York Avenue? Go for it. Atlantic City suddenly became a risk worth taking.

After reading both of these viewpoints, I decided to ask Ian Lazarus, owner of Shore Points Realty – a residential and commercial brokerage in Wildwood, a long-time Jersey Shore Realtor who was part of Atlantic City’s second wave in the late 80s, what he thought of Atlantic City as a real estate investment,

“I had my original 15 minutes of fame in Atlantic City in the late 88’s when Atlantic City was starting its second wave. They aren’t re-births, the town never died. All things have cycles and this resort town isn’t immune to recessions.

I think this time around it is different. Not because gambling isn’t the prime reason people are coming down here. The biggest reason is the real estate prices for the first time have deflated since the casinos artificially cranked them up, so the entrance price to build a casino or non-casino developments was prohibitive.

This wave is going to bring in other entertainment and businesses that have a shot to grow. It’s still going to take years before it’s a luxury home market but until then, it’s going to be a lot of fun.”

A recent trip to Atlantic City has me convinced it’s headed in the right direction and could be a great place to invest in a Jersey Shore home. One of the keys will be to choose the right area.

One section that stands out is the area bordering Ventnor. Many people have called for this area to see a re-birth but I think the fundamentals are now in place to see it happen.

The cost of homes from North Wildwood to Ventor have seen numerous increases since the downturn, and now in many cases have priced many people out of the market especially investors.

A quick search on your favorite real estate website will show plenty of excellent opportunities. One potential AC investment property that caught my eye was this 10-bedroom single family home, 3 back from the boardwalk.

Even with extensive rehab, it looks like a property like this could pay off with significant revenue potential. A quick search on Airbnb shows a number of properties in the 8+ bedroom range, many with high-end finishes that could make excellent Jersey Shore beach house investments.

With on-market opportunities like this available, I can imagine what type of off-market Atlantic City real estate investments are available.

Exporting to New Zealand and Australia