A good reminder to commercial real estate investors, is even the best plans go turn and not go as planned. BisNow has a recent report, Main Line Office Portfolio Last Sold Before Recession Hits The Market At A Discount, on how a suburban Philadelphia office park is being offered for sale at a price point $40,000,000 below the purchase price.

AmerisourceBergen represents the issue in microcosm: It will depart multiple buildings in a sprawling, suburban office park for a single, new-construction development in the mini-urban node of Conshohocken.

Whoever buys those buildings, whether as part of the full portfolio or if they wind up taking only one of the office parks, will be looking for ways to update the property for the new paradigm.

Definitely doesn’t sound like this suburban office space investment went as planned. For those looking to invest in suburban residential and commercial properties, this article has a potential formula to improve your real estate investing, Philly’s Suburban Growth Sticks To Established Areas And Formulas For Success.

Conshohocken and Main Line suburbs like Ardmore have dense development areas surrounding their train stations, and even as King of Prussia gains value in office and multifamily, the former two areas remain the cream of the crop as public transit becomes a greater component of workers’ lives.

“I think we’ve doubled the amount of train riders in our [Conshohocken] buildings in the last two years,” Oliver Tyrone Pulver Vice President of Marketing Esther Pulver said. “[Reverse commuting] is going to increase in a pretty big way. The lines have added trains to the schedule and added cars to the trains. I don’t think transit is going any other direction.”

According to Holton and Pulver, redevelopments of large industrial parks into mixed office and light industrial have enormous potential if they are near transit.

As both articles show there is ample opportunity for the savvy real estate investor. It will be the investor that can find the best opportunities that continue to see success in the new paradigm of commercial real estate.

Finding towns near mass transit that could be poised for strong growth can be beneficial for everyone from the residential fix and flip investor to those looking to revitalize the suburban office or apartment park into the type of property being desired by today’s tenants.

Another look at the benefit of investing near a rail line can be seen in the recent purchase of a premium suburban office building in Conshohocken. American Real Estate Partners recently purchased Eight Tower Bridge in Conshohocken. GlobeSt has some highlights on the purchase including a quote from a principal at AREP highlighting the benefit of being near mass transportation.

“The supply and demand dynamics of Conshohocken continue to improve, and the tenant community continues to favor this market due to its great rail access, its walkable amenities and its proximity to Philadelphia’s most coveted bedroom communities.”

What Tenants Want In Class A Office Space 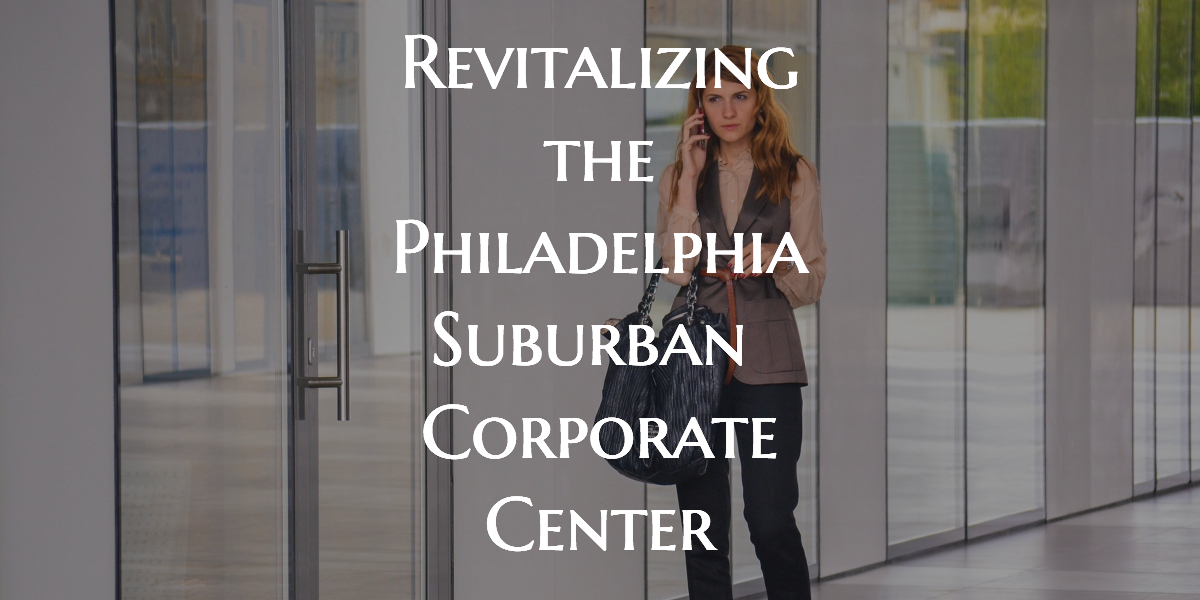